Presented by the People at Sanday Agency.

I will be returning to Italy for the 3rd time to tour throughout November. 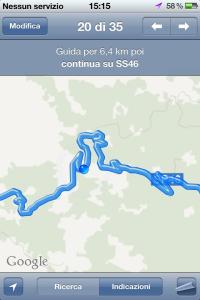 My Pet Junkie – Long-time favourites of Herts’ gig goers, proggy alt-rockers MPJ grace Club 85 for a rare live performance. With frontman Stuart O’Connor touring the world solo, and drummer Leon Camfield involved in many other projects (including comedy duo Spandex Ballet), appearances have become a rarity – catch them while you can!
https://www.facebook.com/pages/My-Pet-Junkie/6828345908

Sounds Eclectic Night Hosted at the Garden Rooms of the Princess Pavilions Falmouth.

Having got myself some wheels and successfully done a beg steal and borrow for bits I needed it was off to my first (on the road) destination. The Prana festival in the Coromandel.

I drove there by night and loved the clear moonlight route listening to `Sea Change` by Beck and `Man with a Movie Camera` by the Cinematic Orchestra.

The festival location was beautiful with a private beach and a vibrant friendly atmosphere.

I played 3 times over the festie including a big ol Jam session on the final night. I got to connect with some wonderful Kiwi musicians like Karen Hunter, Matiu Te Huki & Sunny Ray (All of whom would be touring and playing in Europe in 2013)

I left the festie the next day heading an hour south to play Waihi Beach. I had a hitchhiker with me. A young Scottish lad called Joe. A real friendly guy and good companionship. When I arrived at the venue I set up as normal. Only to discover I had left something behind. MY LOOPSTATION!!!!!! The panic hit my and cold sweat set in. Where was it. SHIT SHIT SHIT!!!!! It`s in a field somewhere in the Coromandel.

Not even having enough time to think about how much of a total twat I had been I began frantically texting people. In the mean time I played my show loopless and awaited with anticipation. Eventually word cam back that it was still on the festie site.

Anyway being without the Loops was weirdly refreshing once I came to terms with it. Obscure tunes and even a couple of cover versions seeped into the setlist.

There was also a table of old men who hated me at first but loved me by the end. Always nice to create a turnaround 🙂

From here I will head further south eventually crossing to the South Island.