Also performing is Emily Howard and others

Normally when touring the South West of England I like to spend a fair bulk of time in all of the Counties.

However for this years trip I am left with just one show in Devon while there are 10+ shows in the neighbouring County of Cornwall.

However the singular show that there is in Devon will be a special event for sure as it is a charity fundraiser for A Festival I played at some years back called Dodd Stock.

The Fundraiser will take place at Brixham Theatre this Friday 30th June 2017. 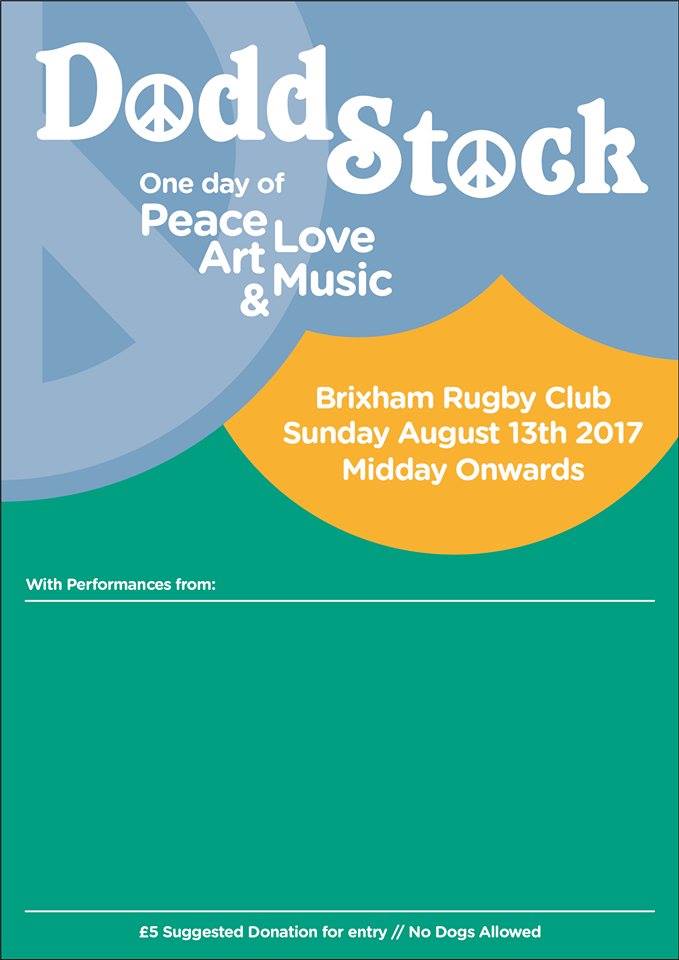 Doddstock Festival will be held on Sunday August 13th 2017 at Brixham Rugby Club from midday.

The Doddstock committee was formed by Emily Howard in 2007 named in memory of Julius Dodd, who lost his life at the age of 24 in a motorbike accident. Julius was a talented local musician who loved music festivals and dreamt of organising his own festival. Doddstock aims to be one day of peace, love, art, and music. Showcasing the finest of local musicians and artists, feeling the community spirit, with lots of family friendly fun.

Ticket Can Be Bought From:

It give me great pleasure to be returning to perform in London in Early August. I will be performing as a part of the Unity Festival on a stage organised by the good people at Impact. I will also be performing as a member of the band ‘The Impact’ which is a group performing original music written by adults with learning difficulties. The Impact have just released their debut album.

Music will be taking place throughout the day so please contact the number on the poster for specifics.

Having only just left a week before I return to my home City to Play in West London in a Church no less.

Returning home after such a short stint on the road definitely has its benefits. 1st of all I realised quite quickly that I had forgotten a great number of things and as the tour rolled along it occurred to me what I needed. So playing so close to home enabled me to collect various bits and bobs.

Anyway back to the playing. My show was in possibly the most picturesque of all venues and the crew were wonderful that night. Also the show was a part of a bigger event called the Hanwell Hootie.

I was blown away by the number of amazing stages across this small part of West London. It proudly boasts to be the largest free one day fest London has to offer. Once my set was done I had a chance to catch many amazing bands.

Speaking of which I shared the billing with a great band called Chile who had elements of the Knife and the XX to their sound.

For my set it was a real rush on and off affair but with the help of the technicians I managed to go out with my full rig.

Please see below an audience recording of unreleased tune ‘Here is Where it is’.

There are also some shots of me performing taken by the lovely people at West London & Middlesex Twitter Page:

Onward from the big smoke of the English capital I will head to the slightly more rural county of Kent in the deep South East. Playing a few new places along the way.

Before I head there though I did frequent an open mic to practise my piano songs.

This Saturday sees me begin my run of shows in Cornwall.

Cornwall is one of the most beautiful parts of the UK and it has always brought me great joy to travel and perform in the county.

It’s located in the deep south west of england and is known for its beautiful landscapes and rural towns: 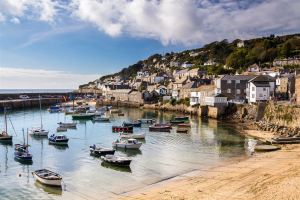 It is partly due to all these reasons that I have booked myself a good run of shows keeping me in the area generally for about 3 weeks.

Every single show of the Cornwall run is FREE ENTRY