The Silver Staggs (Comeback one night only) 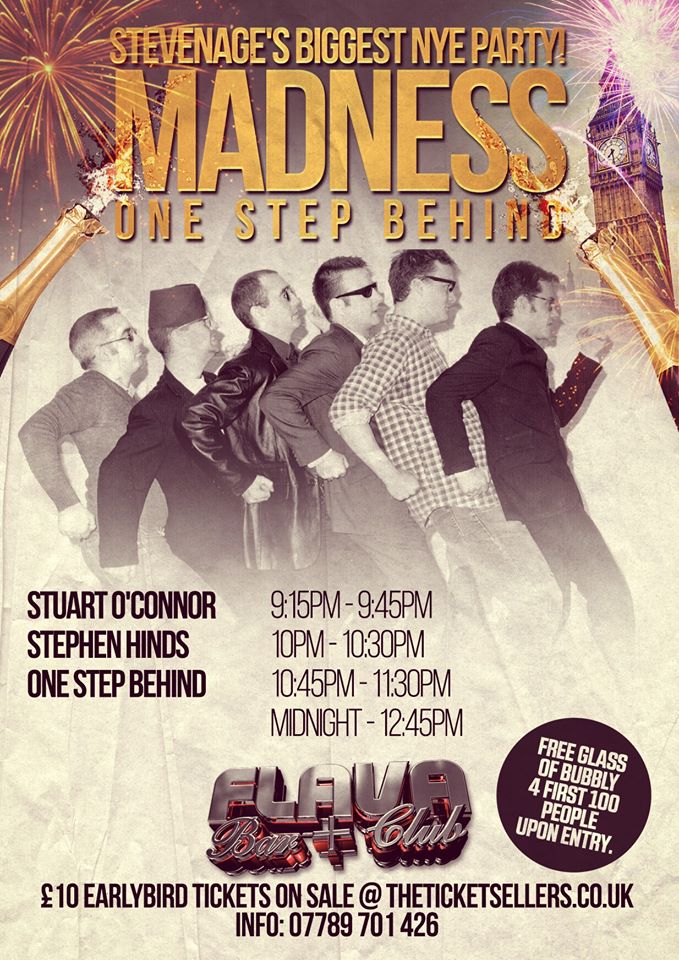 A night of live music at Flava – Stevenage Town Centre

Live Music from about 9pm

Music from about 9pm

TICKETS NOW AVAILABLE FOR NYE SHOW!! Either pick them up at Bar 85 or if you’re local ( Hitchin, Stevenage e.t.c ) message the promoters at sonsofguns@hotmail.co.uk or through the FB event page.

On the 20th August, 1955, Sunnyside High school were enjoying their prom, like they did every year, but this year…..would be THE LAST.

Every single person that attended the prom that night was found dead.

When the police arrived in the early hours the music was still playing and glasses half full of punch were carefully placed on the gymnasium floor, surrounded by bodies.

They all died at the same time, struck down by some mysterious force. We’ll never know what happened that night.

BUT NOW…..58 YEARS LATER…ON NEW YEARS EVE….THE CLASS OF ’55 ARE BEING RESURRECTED FOR ONE LAST NIGHT TO DANCE LIKE THE DEVILS ON THEIR BACKS!!!!

But of course you’re going to need some damn fine music for this extravaganza, WE BRING YOU…..

ANOTHER World exclusive!!! We have Laurence and Nick bringing us a banging DJ set, their first performance as Black Noise.

Your hosts for the night will start the evening with a rip roaring set, including a BRAND NEW SONG

We’re delighted to get Dog Latin back for another DJ set. What will he play? God knows. Will it be brilliant? Yes. That is essentially all you need to know.

There will be prizes for best dressed, and we’ll also pick a prom king and queen.

If you want to go the whole 9 yards look DEAD, i.e a nicely dressed zombie. Extra points will go to dead 50’s revelers!!